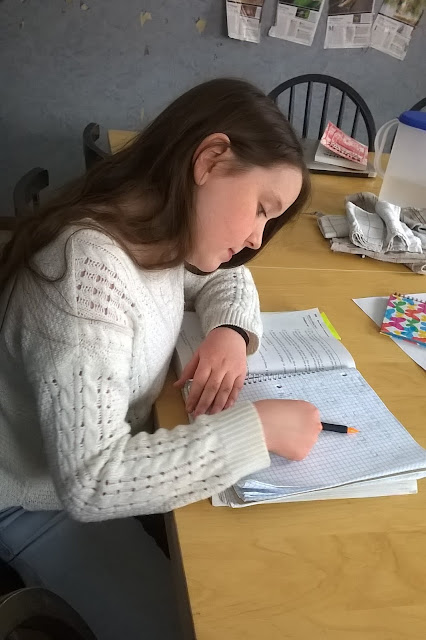 We did all of the homeschooling we had planned every day--Morning Meeting, Independent School, Symposium, Colloquium, Academy, Jr, K., and Evening Reading.  It was a very routine week in many ways.

The week also challenged me to the breaking point . . .

and we soldiered on.

My Jr. Ks finished their first of two Alphabet workbooks for the school year. 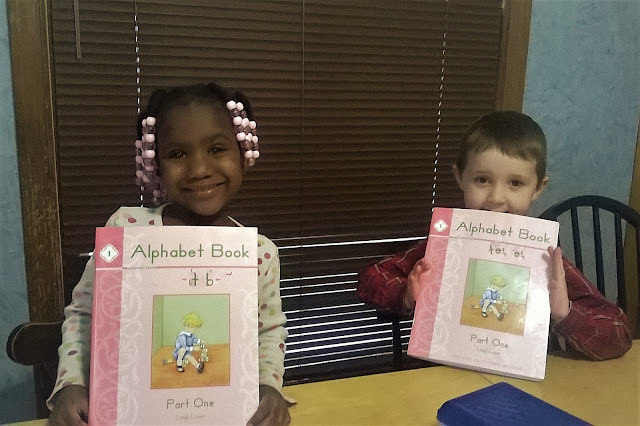 They loved finishing their pink books and starting their blue books.

My teens finished Unit 9 of The Good and the Beautiful Language Arts.

We did not enjoy the literature selections for Units 9 and 10 at all, so after completing the Unit 9 selections, we dropped the books completely, turning instead to The Odyssey, which is how we are diving back into the Omnibus studies we dropped when we decided to simplify our school days last semester.  It is an outstanding translation, and we've laughed aloud more than once at some of the clever turns of phrase this translator uses.

My little listeners are enjoying Betsy-Tacy as their Evening Read-aloud.  My medium listeners are fascinated by the weird-but-charming story Moominland Midwinter.

We've added Cedar Waxwings and Canada Geese calls to our list of bird calls that we're learning in Academy.   I had fun throwing the kids for a loop by playing different sound recordings than the ones they're used to.  They had to think a little bit harder about the various calls.

On Monday Ladybug got to go to therapy, and I took Brother to his psychiatrist.  It was hard because he had a breakdown there, but it was good for the same reason because his psychiatrist got to watch him attack me when I told him that 2 bags of fruit snacks were enough of a treat and that we were going to go home to dinner.

Sir Walter Scott and Ladybug detoured on their route home so that Brother could drive home with his daddy in a car that has child locks.

His psychiatrist lovingly explained why she absolutely cannot diagnose Brother with Bipolar right now.  A lot of it has to do with the difference between mania and activation; it's too hard to tell which is which in kids.  She outlined a schedule for weaning him off all but one of his meds, so we can start a new protocol with him.

On Tuesday we took Hike #5 of 52.  Really, we followed a walking trail around LV Lake, but it's going to count as a hike for us. 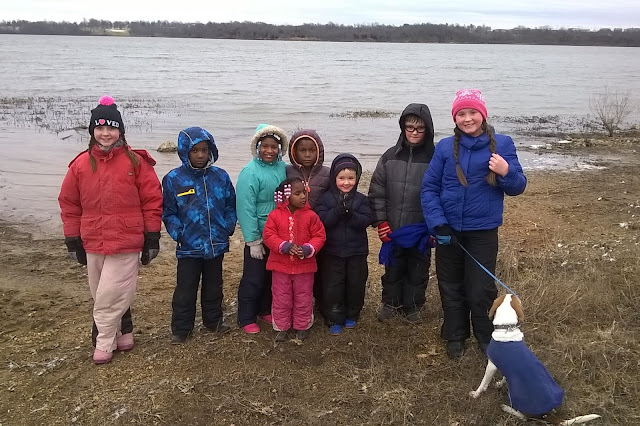 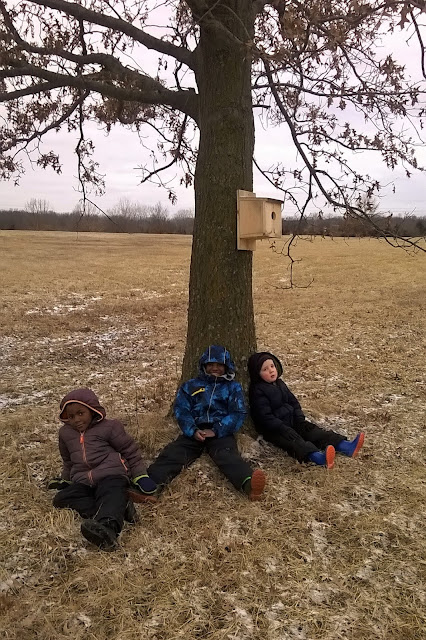 We're going to work up our endurance until we can do the whole 7 mile stretch!

Brother scared us rather badly on this hike, but then he scared himself, and a very important learning experience took place as he realized that he needs his mommy to take care of him.

On Wednesday we were blessed to have our church grandma come over in the morning while I conducted Symposium, and then another church friend come over to do stories and a craft in the afternoon.


However, no matter how loving, kind, generous, and self-sacrificing these two women were, Brother had one of the worst breakdowns we've had in a long time, and I was wrung out and aching by the end of the day.

On Thursday we had a good dance rehearsal--show next week!

But my phone alarms have stopped working (why?!?!?), so Beowulf isn't getting his afternoon meds on time, and when we run out the door at lunch time to dance, I forget altogether, and he had to be removed from the finale rehearsal.

I need a new way to remind me to administer the meds that help him find joy each day.

On Friday Pixie tried to take Nature Angel and Little Princess on a sister date.  The car died partway through, so Sir Walter Scott headed out to help them take care of it, and I held down the fort at home.   They had to wait 4 hours for AAA to take care of them correctly (such a comedy of errors!), so they had their date in the van, watching movies Pixie had downloaded into her phone and eating fast food that Sir Walter Scott brought them.

They said it was a date they'll never forget!

I skipped out on folding laundry Saturday afternoon in order to take the kids on hike #6 of 52 with Sir Walter Scott.  We headed out to the 98th street trail head of the RI trail and walked 2.8 miles one way to the park where we ate snacks, used the rest rooms, and rested a bit.  Then we walked all the way back! 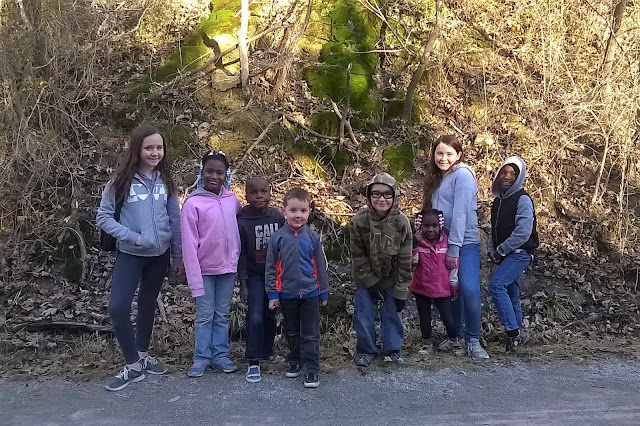 We identified the calls of American Robins, Black-Capped Chickadees, and some sort of owl as we walked.

We might need to look up local owls and learn their calls next!

Lola and Baymax got piggy back rides sometimes, but honestly, they walked 4.5-5.0 of the 5.6 miles we finished.

We haven't been able to convince the teens to come with us lately. :(

When we got home, I turned right around to head out to grocery shop, and this time the teens wanted to come with me.

Sir Walter Scott made popcorn and set up the young ones to watch Super Friends on YouTube.

I'm off to whip up some peanut butter frosting for our Family Night treat, and hopefully we'll have a pleasant and positive discussion about wise use of technology/screens in our household . . . 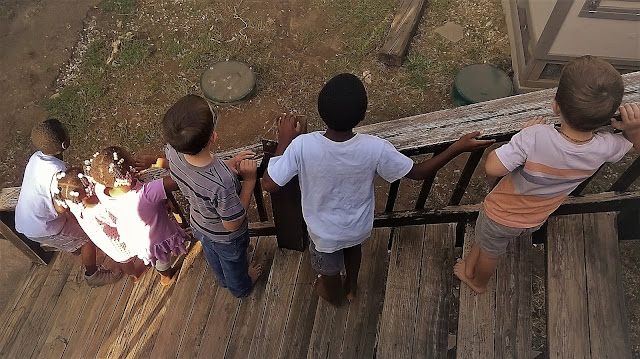 On Tuesday the Tree Came Down 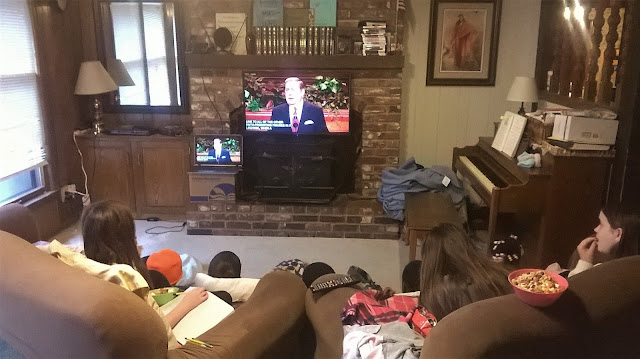 Brother--son, 8 years old, anxious, angry, talkative, has a smile like the shining sun